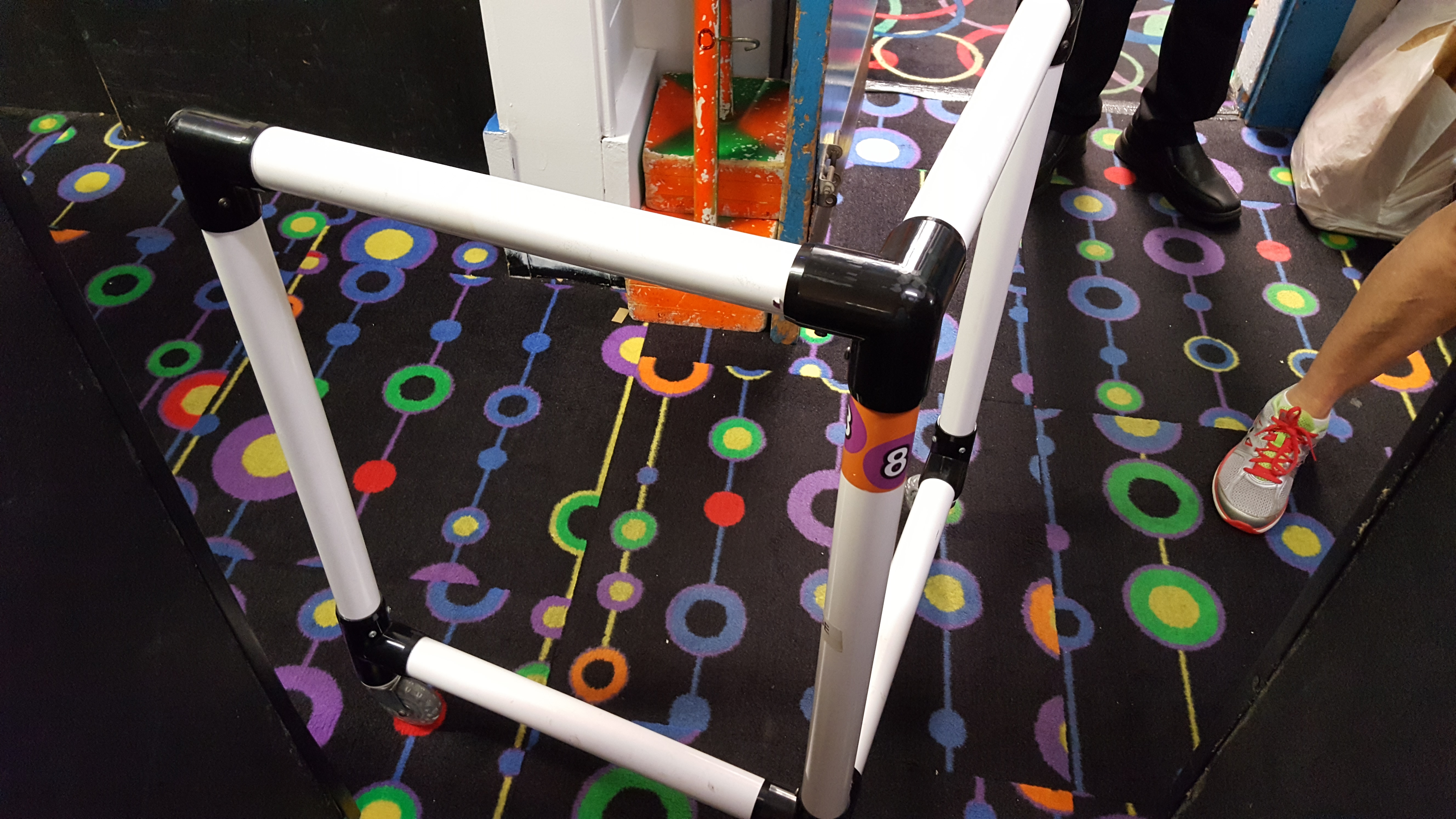 If you’ve ever had an encounter with Skate Mate Trainers, those “plastic bar thingys” that are supposed to help a kid learn how to roller skate, then you no doubt have an opinion on them.

Rink owners, parents, and kids LOVE them, and these devices generate a significant amount of income for family entertainment centers. Parents can chill on the side line and stare at their phone. And the kid feels some freedom, even if they are frustrated because they can’t skate, or figure it out on their own.

The FEC rinks, those that cater mostly to kids, rent out the Trainers by the session or the hour. Traditional, old fashioned skating rinks tend to avoid them either out of lack of space, or a refusal for other reasons. Parents can get upset if the rink runs out of them during a session. Yes, they can be demanding and a bit nasty at times with rink management if they can’t get one for their kid. Just ask any rink owner who has run out during a busy Saturday afternoon.

Where they came from

Skate Mate Trainers first showed up in rinks about a decade ago. They were designed to help a kid learn how to roller skate. Early versions of the Skate Mates toppled over easily and caused a hazard to other skaters. The stability issue has been improved, although one rink has been sued over an injury involving a Skate Mate Trainer.

There are several sides to the debate about skate mates. Other skaters are annoyed by them, and worry what will happen if one comes flying over at them, which happens often. Those who are really annoyed by Skate Mate Trainers are the seasoned skaters who took lessons and purchased skates, only to have to skate around a moving danger zone.

I understand why rinks use skate mate trainers. The income they generate help keep the place open, and now parents are demanding them. They can generate 10s of thousands of dollars every year.

But there is a downside. Renting them out during a public session to appease a beginner who just walked in the door, will chase out your best skaters. Why would you want to annoy them?

Why they should be limited

In my opinion, Skate Mate Trainers should only be used only during Tot Time, or in lessons, with a skating instructor to supervise their use and teach newbies how to skate. When kids are left unsupervised with these Trainers on a skate floor, they toss them back and forth to each other, try to sit on them, race each other, or fall every 4 feet, never learning how to correct the problem. It’s like handing your kid a set of keys to a car with no instructions on how to drive, or the rules of the road. That pisses off every one else on the road. And it’s not very safe.

When they should be used

I do believe that Skate Mate Trainers can be useful. When used in supervised lesson programs, they can help new skaters gain confidence. They can also be used to learn more difficult moves, such as figures, spirals, and loops. And the instructor doesn’t have to hold the skater up and worry about an unstable skater falling on them. I taught a 50-year-old who had never skated before how to skate using a Skate Mate Trainer. On Day One, he was quite fearful, but by the 4th lesson, he was skating just fine without it and was much more relaxed.

To sum it up, here is my list of pros and cons regarding these devices.

— New skaters can gain confidence and adults can learn to skate without breaking a hip.

— The rinks generate a significant amount of income that helps them to stay open for all skaters.

— Parents don’t have to accompany their kid on the floor anymore.

— They’re like a moving cone zone which alerts other skaters there’s a hazard to avoid.

— They are more of a novelty, and don’t teach kids how to skate.

— When used incorrectly, they can cause accidents and the possibility of an injury or litigation.

— They chase out people who took the time and effort to learn how to skate, and have already spent money at the rink on admissions and equipment.

— They’re a hazard and they break.

— Some parents get annoyed that the rink actually charges to rent them, and have waxed about it in online reviews.

— They can take up a lot of storage space if they can’t be hung from the ceiling.

— Kids share or abandon them. That means the rink isn’t making money on the additional people using them.

Now that they’re here, it’s doubtful we’ll see them removed from public sessions. However, they should be capped at the number of them on the floor at one time, based on the number of total skaters. I once attended an extremely crowded Saturday night session several years ago, and there with no fewer than 20 of these trainers on the floor going every which way with more than 200 skaters on the floor at the time. After 20 minutes, I took off my skates and left. I was in the middle of a cross-country move, and didn’t need a broken arm to slow me down.

I’m not completely against the Skate Mate. They are wonderful for lessons and under the supervision of a skate instructor. But their use during public sessions needs to be revisited. We don’t allow skate boards, scooters, and strollers out on the floor during an All-Skate. These devices should be included in that policy. 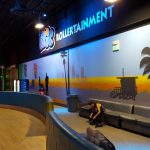 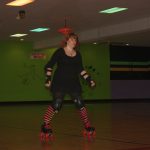