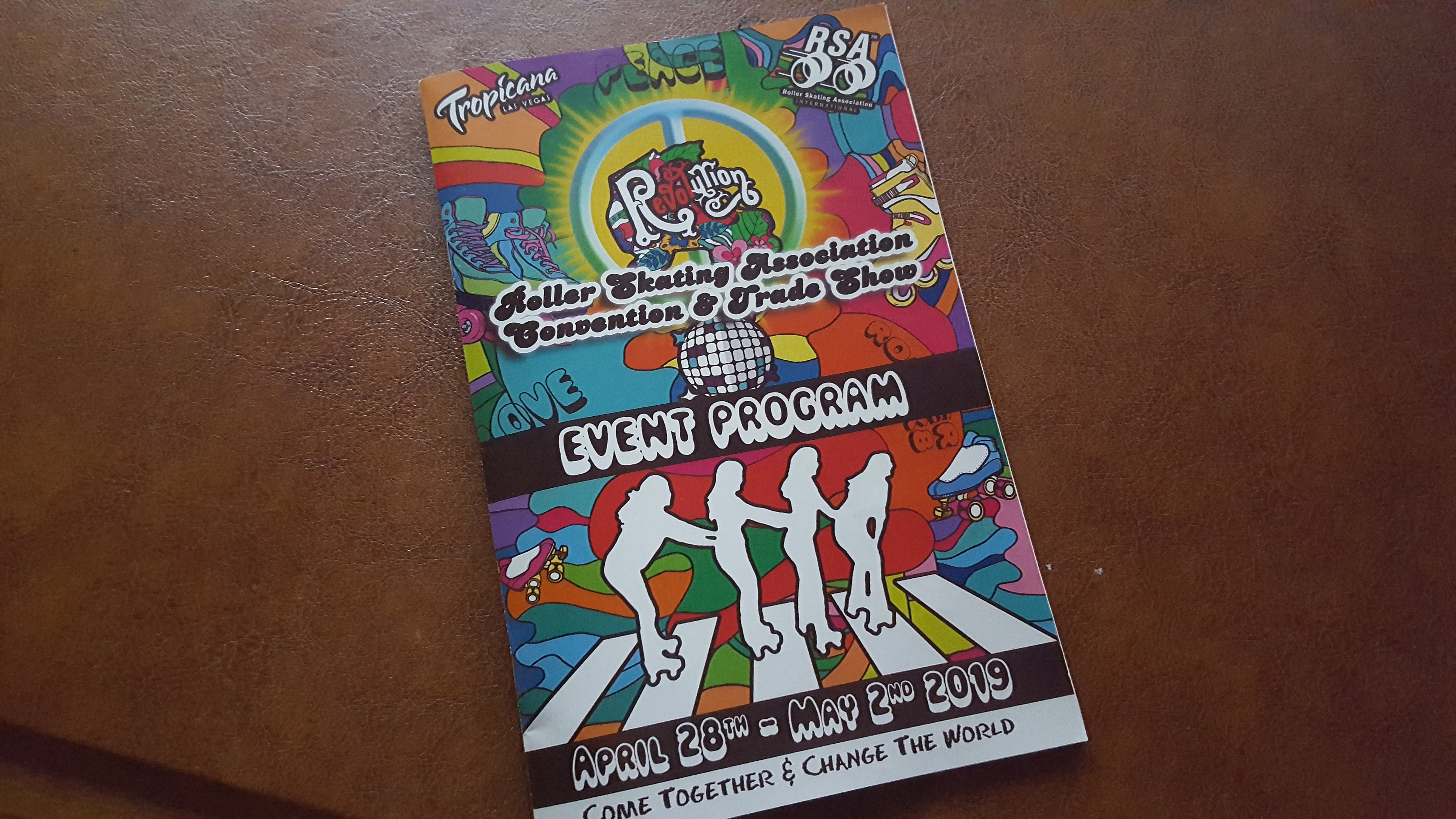 For the past 6 years, I’ve made the annual trek to (mostly) Las Vegas and (once to) Orlando to follow the business dealings of roller rink owners and see the latest in skates and accessories. I did this as Editor of a roller rink trade publication and last week as publisher of this site, a new online magazine for roller skaters.

The convention and trade show are closed to the public and you can only attend as a member of the RSA, or a vendor purchasing a booth at the trade show. Whenever I have mention to friends and acquaintances “I’m attending a roller skating convention,” I get a common response. “Ooooh! That sounds like fun! How can I get in?” Buy a rink and send in your dues.

Beyond the rink operators and skate manufacturers, there’s also a lot of other types of vendors, such as arcade suppliers, snack bar food purveyors, novelty and sock sellers, rink insurers, and non-profit entities. These include the Roller Skating Association itself, as well as USA Roller Sports (the governing body of the competitive side of skating,) a new speed league, and the Museum of Roller Skating which preserves roller skating history and is funded by the US Foundation of Roller Skating.

The interest in roller skating continues to grow, and that was evident at this year’s show, which did not disappoint. During the opening session at the Tropicana in Las Vegas, Executive Director, Jim McMahon asked first time attendees to stand up. It was eye opening at how many there were. While I couldn’t count that fast, I would estimate it to be about 30% of the room, which held a few hundred people. Flipping through the directory of the RSA member list, the section titled, “future rink operators” also looks promising. These are the people doing their preliminary homework ahead of opening a roller skating facility.

The conference workshops covered everything from insurance, marketing strategies, motivational speakers, and the usual “how to drive revenue” seminars. The evening parties are also a hit among attendees. This year we were treated to a show by the LA Roller Girls during the “All White” party. I was all the way in the back, so my video doesn’t do justice to these ladies’ talents. Plus, they stuck around for a meet and greet after their performance. They also offered up additional photo ops during the trade show.

On Tuesday night, Sure Grip and Pacer hosted the Revolution Party featuring a Beatles tribute band. Every year, these two skate manufacturers sponsor a party, and this year they knocked it out of the park with the Beatles theme.

As for the trade show, I got to spend a little time outside of our booth, getting photos of the new skates and meeting new people and reconnecting with the same folks I’ve seen every year since my first convention in 2014. I also met the Skate Critic, Ginger Matthews who received a personal invite from a board member to attend the show.

To everyone who put it together, from the team at the RSA, to the vendors who traveled near and far to bring us their products, thank you! And to readers of RollerSk8r, thank YOU for skating.

In 5 States, you still can’t skate indoors due to COVID-19

We’re all in this together