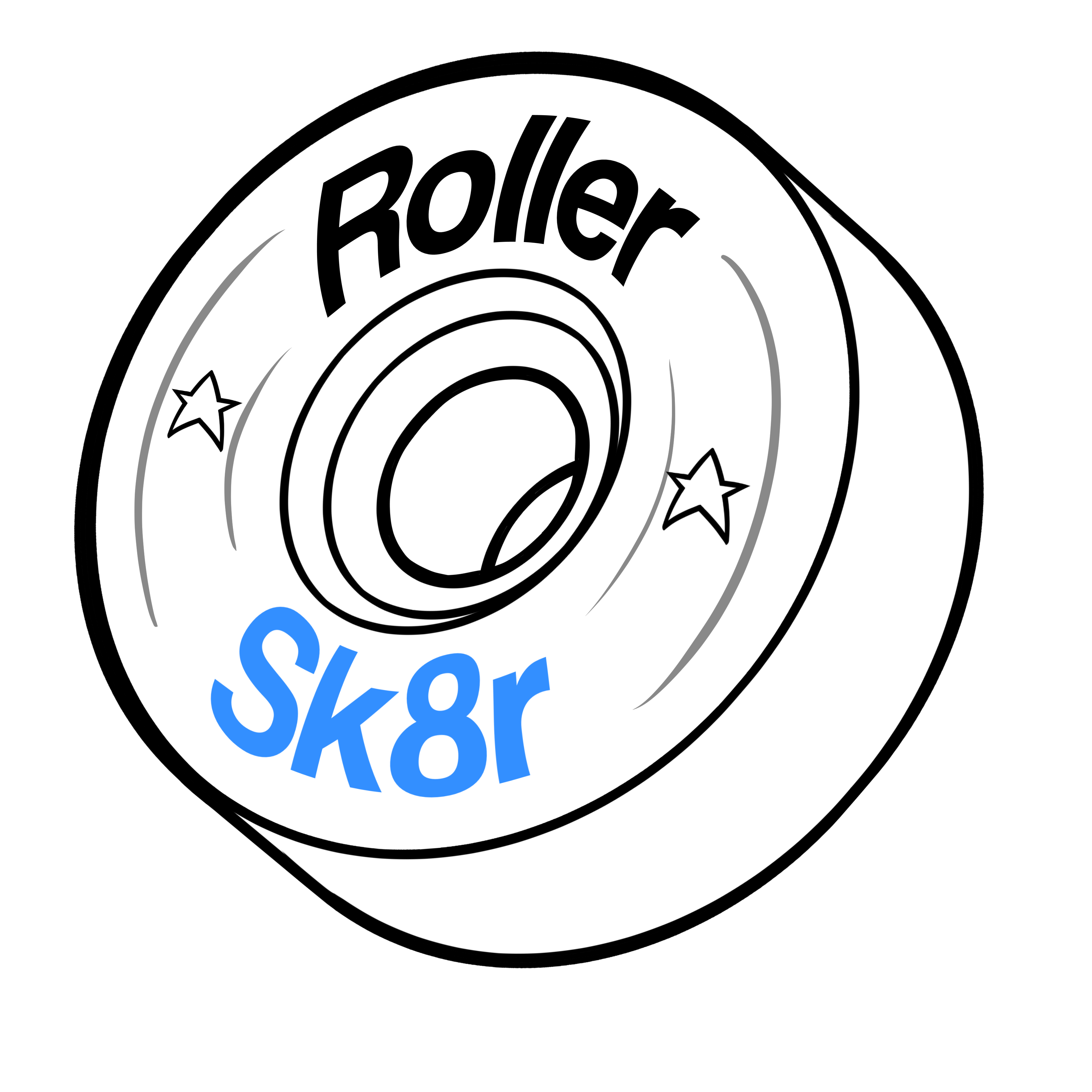 Meet the Roll Dawgz of Florida 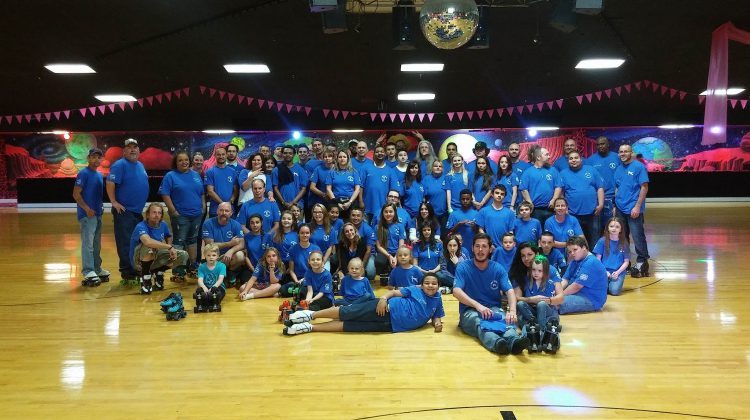 If you’ve been to the Sunshine State anytime in the past 3 years, and ventured into one of its many roller rinks, chances are you may have seen the Roll Dawgz, a group that is growing enthusiastic roller skaters of all ages.

Roll Dawgz of Florida is the brainchild of co-founders Sammy Glover, Stephanie Castillo, and Bruce Walther. It’s not a skate crew or competitive club, but a flock of like-minded skaters and their families dressed in blue shirts. They meet up at rinks across the Sunshine State on a monthly basis to promote roller skating and celebrate milestones, like their annual anniversary.

Glover was a national speed champion and former employee of the Ocala rink in Florida. He told The RollerSk8r he initially got the idea 10 years ago to start a social skating club but couldn’t find the right people to join him. About 3 years ago he thought it would be an awesome idea to form a “family-based” club rather than all adults or all one type of skating style. “I started this club because I have kids, and I wanted them to know what skating is all about,” he admitted. The Roll Dawgz welcome jam, speed, derby, art, freestyle, shuffle, and recreational skaters of all stripes. Members are racially diverse and there are no dues to pay. Just express interest, show up at a future event, and buy a t-shirt. And if you really want to go all out, you can purchase matching LED lights and attach them to your skates.

Because Roll Dawgz Florida is made up of families, skaters range in age from 3 to 60 years old. And they only skate at public sessions. Some rinks offer a dollar discount for group members who wear their blue shirt, because session skaters will obviously notice a group of skaters all dressed the same. “It’s one of the ways we keep growing,” said Kenny McNabb, a member who started skating 6 years ago. “We meet other skaters at the rink who are really excited about skating and want to join the family.” McNabb stipulates it is a family rather than a crew. “We’re not out to get into turf wars with other rinks.” The Roll Dawgz make the rounds at rinks such as Skate Reflections (Kissimmee), Skate World (Tampa), Skateland of Brandon, Skate and Shake (Ormond Beach) SkateMania (Ocala) and Spinnations (Port Richey), as well as the Astro Skating rinks in the Tampa area. They’ve also made the road trip to Jacksonville.

Typically the Roll Dawgz convene once a month and at some rinks host a clinic 30-45 minutes ahead of the session to exchange tips on skating skills.

Both McNabb and Glover stated there is no drama among the Roll Dawgz skaters. In order to join the group, interested skaters are asked to come back for a road trip to another rink, meet the “family” and purchase a shirt. Glover stipulates that all Roll Dawgz must respect the shirt. “I don’t want to see you on the local news that you just robbed the Jiffy Mart while wearing a blue Roll Dawgz shirt,” he said. “You have to be 100% respectful to others. No fights. We keep the respect level up and the drama out.” In the 3 years since the club started, only one member was asked to leave because of a disrespectful attitude.

Also, a visit to the Roll Dawgz of Florida Facebook page shows Blue Alerts calling out birthday and anniversary wishes to members of the team. With 675 Facebook friends and growing, there’s also lots of photos and pictures of the 160 group members in their blue Roll Dawg Shirts and matching LED lights mounted on their skates.

“It’s magical,” said Glover. “When we come in … 40 people with the same shirts and blue LED’s on the skates, people stop and talk to us. They ask, ‘where are you from?’ and we get a conversation going.” At an event 3 years ago, we had 30 people with us. The rink owner got phone calls all week after that asking “how do we join the Roll Dawgz?”

Since then the Roll Dawgz have taken several road trips across Florida, bringing along 50 to 60 skaters to each rink they visit. While they teach skills to each other as well as the session skaters while they are there, they are not a competition group. They just like to travel and skate together. With 160 regular members throughout Florida wearing blue shirts promoting roller skating, the rinks like having them in the building.

Glover and his group members are appreciative of rink operators. “Our biggest thing is to promote the rinks, because without the rinks, there would be no us.” He adds, “you have to create skaters. And they only way to create skaters is to expose them to it.”

Find the Roll Dawgz Florida on Facebook to discover more about the Funky Blue Crew and where they will appear next. 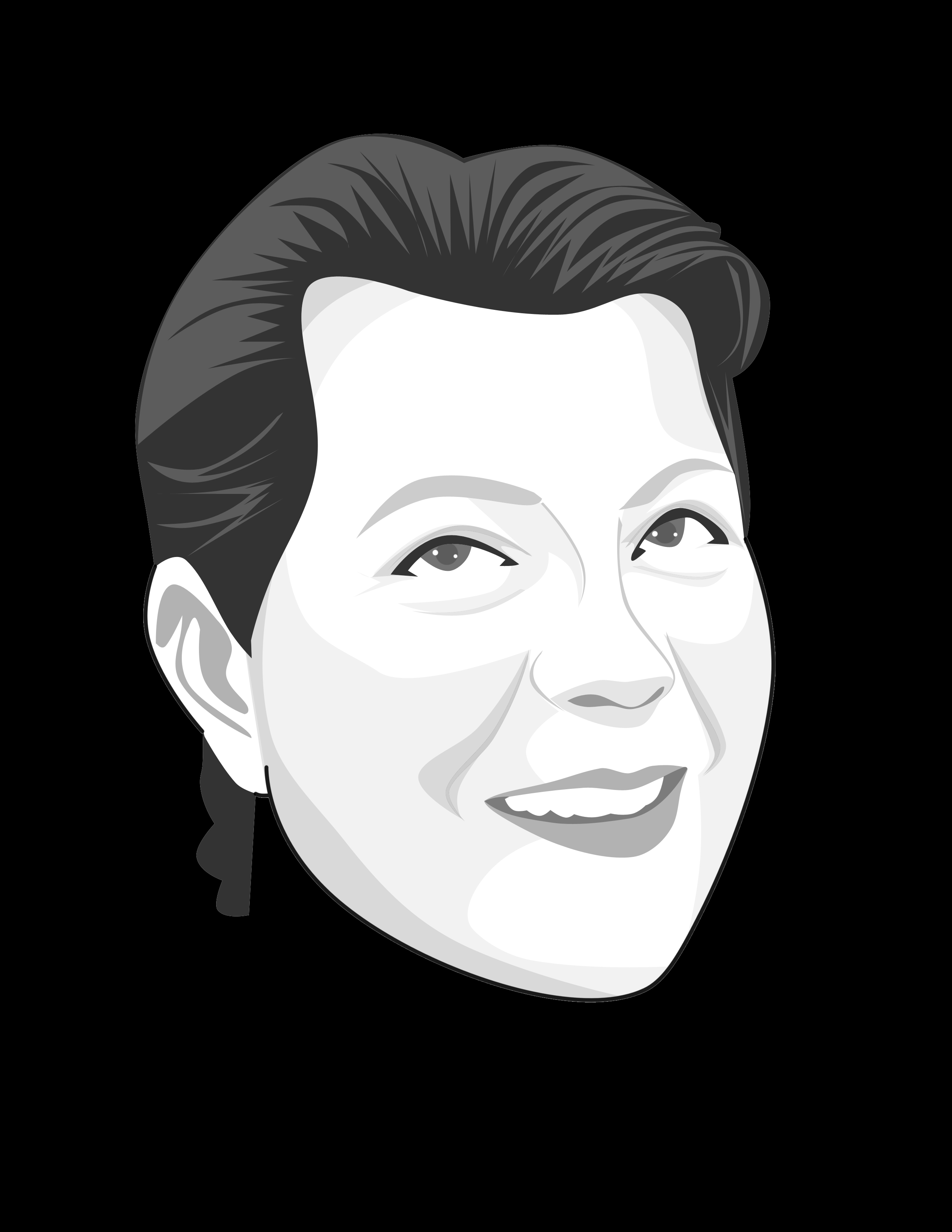 Susan is a roller rink consultant with experience gained as the former Editor of Rinksider Magazine. She's been a recreational indoor quad skater for 30+ years.

4 replies on “Meet the Roll Dawgz of Florida”

That is totally awesome! Thank you very much .

This is awesome. Been skating for over 35 years and still going strong. People need to know the true nature of the sport. We love what we do. Wish I lived in Florida. I would join in a heartbeat.

I and my 2 children joined a few months back and im glad we did. Not only do we enjoy skating but we also enjoy spending time with the roll dawg family. Sammy and all the other coaches are so patient and kind to all of our kids. I love skating and what it brings to my life. I love the idea of family time! Roll dawgs 4 life!