Learn from the mistakes of others 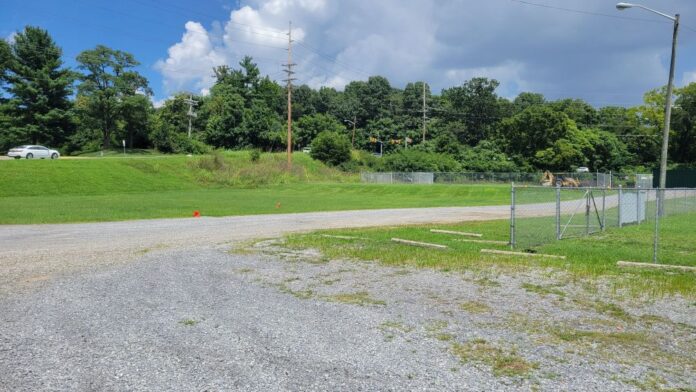 There’s an old saying, that “you don’t know what you don’t know.” That is, until you experience it and learn from a bad (or good) idea. I’ve skated and worked in enough rinks to experience a few of concepts that seemed like a cool idea at the time, until I learned why they didn’t work very well. So, let’s learn from a few rinks that have come and gone and the mistakes that were made, and I’ll write about some good ideas in my next blog post.

I’ll start with a roller rink where I grew up and skated weekly in a small western town, population 12,000 at the time.

Adding an attraction without considering the skate traffic

The Roller Rink was tiny, but the owners who built it used up the real estate as best they could. It was a busy place and packed every weekend. When the Operators decided to relocate closer to their grandchildren, they sold it to the local theater owner, who knew nothing about roller rink operations. He decided it needed a larger snack bar with an arcade and punched out a wall to build it. Mind you, the skate floor was butted up against 3 exterior walls. He chose to expand through the long side of the skate floor. The only problem was that there was no way to get there without going across the skate floor. There were no side aisles. Those of us on skates were okay with getting over there to play pinball or grab a Coke. However, the new owner, who was never on skates, constantly wandered back and forth across the floor to get to the cash register at the admissions window. He could have walked outside and go around the building, but he never did.

Another rink I skated at had a consultant convince them to move their rental room to another location in the rink in order to add Laser Tag. With only a narrow aisle to get to the skate counter, the customers who were seated and putting on their skates had to watch out that they didn’t trip any excited little kids running past to get their rentals. And since there was no barrier wall, just a step-down floor around the rink, these kids just ran onto the skate floor to avoid the customers who were lacing up their skates. It was frustrating for all involved.

The Roller Palace had a huge concrete floor, new rentals, and a totally cool idea for the time. Because it allegedly never rains in the desert, it was designed to be “Open-Air” meaning the skate floor lacked a roof, inside a building with 4 walls that housed the offices, snack bar and rental room. The idea was to enjoy the stars while gliding around the rink.

However, that was rarely the case. Every time a summer monsoon blew through, rain and sand carried by high winds got all over the floor. Plus, the desert doesn’t cool down much after dark in the heat of the summer. Therefore, we skated with hot dry air blowing in our face. When it rained, we had to wait for it to end and then the floor needed to be squeegeed and dried. While our desert town rarely got snow, the winter months got cold at night and my eyes would tear up. Plus, we had to skate in ski jackets to stay warm. Further, the constant temperature variances caused the concrete to contract and expand, which led to giant cracks. The skate bearings in the rentals were subjected to rust, and the elements quickly took over. Roller rinks have roofs for a reason. Plus, you can hang lights and disco balls from the rafters.

Along the Front Range of Colorado, a rink was included as part of a large entertainment complex, but who ever built it, added steps to get to the skate floor. Not one step. Three. It wasn’t much of a problem for advanced skaters, but beginners had a tough time going down the steps to get on the floor, and back up to exit. What Fire Marshall approved this? As I mentioned in a previous blog, FunPlex, was bulldozed and the site now houses a medical office building.

I get it. Paving a parking lot is ridiculously expensive. But so is having to constantly clean and repair your skate floor from the amount of dust it kicks up, along with filling potholes after a snow storm.

Avid skaters tend to use wheeled suitcases to store, and travel with their gear. And you can’t use them in a gravel lot from the car to the rink. It’s sort of like Kroger having shopping carts in a gravel parking lot. It doesn’t work. Paving the parking lot needs to be a priority.

The study implied that blue is non-threatening, and known to have a more calming vibe. And that helps balance out the exciting music. Orange is warm and positive, and suggests spontaneity, although it may make people impatient. Therefore, if you use it in the snack bar, to trigger food cravings, don’t overdo it unless you have superfast service.

There was a rink in the Mid-Atlantic that had a lot of red on the walls. When the police came to address melees or an employee fight, it made the local news, and hurt customer attendance. The rink shut down after a large brawl several years ago among teenagers that made national headlines.

And please avoid too much black because it “hides the dirt.” That’s just gross, thinking about the last time that surface was cleaned.

Obstacles on the Floor

Like a highway, traffic on the floor needs to keep moving. There is no reason to have seating, or a walled beginner rink in the middle of the skate floor. In fact, keep the DJ booth off the floor, as well. It’s just more distractions for skaters to run into, and it causes blind spots where session managers can’t view the entire floor. If it’s a DJ Booth, then that employee has to either walk back and forth to get there, or climb up some stairs to get to the booth, on skates, which is also unsafe. Plus, you don’t want skaters stopping to chat with the DJ and request songs while they’re on the skate surface. As for beginners in the center, that means unskilled skaters trying to cross fast traffic to get off the floor.

Ask before you build

Before breaking ground, have someone look over your plans to ensure you’re not repeating mistakes of others. Retractable roofs, skate ribbons, and other modern ideas look great on paper. But how well do they work in real life?

Share
Facebook
Twitter
Pinterest
WhatsApp
Previous articleWhy Every Rink Should Have a Door Greeter
Susan Gearyhttp://https//susangeary.com
I roller skate and I write about. As the former Editor of Rinksider Magazine, I have amassed a wealth of knowledge about rink management, and have developed a network of successful rink operators to glean the best information from.
RELATED ARTICLES
New Rinks